A happy ending to trademark : secondshaadi.com

Wise old saying -“There is always a second chance” was followed by www.secondshaadi.com. This domain name was launched by Vivek Pahwa and others (herein referred as ‘Defendants’) on January 25, 2006. It was cater to those seeking to marry again; hence the name, making the market position of the website completely different.

On the other hand, People Interactive (India) private Limited (herein after as the ‘Plaintiff’), who is known for its well known trade mark shaadi.com. In 1996, Siddharth Mehta, the Plaintiff’s predecessor-in title adopted the mark Shaadi.com in relation to online matrimonial services. The Plaintiff acquired Mehta’s rights in the mark and the domain name under an Assignment Deed dated 9th October 2001. From that time, the Plaintiff has used the mark and domain name to provide online matrimonial and matchmaking services.

Plaintiff’s 20 million registered user and its 12.4 billion recorded visitors along with their numerous awards, argued that it had acquired substantial goodwill and reputation. The defendants, on the other hand, had been using the domain name for 8 years, substantially gaining popularity to a much more selected group.

The Plaintiff contended that the mark shaadi is not inherently distinctive but has achieved a ‘secondary meaning’, evidenced by the substantial promotional expenses and revenue generated along with the numerous awards. Hence, the defendant’s domain name www.secondshadi.com is not bona fide. This begs the question – does commercial success, even a high degree of success, always result in the acquisition of a ‘secondary meaning’?

According to the defendant’s, they contended that the word ‘shaadi’ is generic. They pointed out that there are any number of entities that use the word to provide similar services, declaring ‘shaadi.com’ a non-unique combination of words that clearly indicates the function and purpose of the website. They argued that the situation was entirely covered by sections 30(2)(a) and 35 of the Trade Marks Act 1999, relying on the judgment in British Vacuum Cleaner Company Limited v New Vacuum Cleaner Company Limited[1] and Office Cleaning Services Ltd v Westminster Window and General Cleaners Ltd[2]

The two issues here are, first, the matter of acquisition of a ‘secondary meaning’ of the plaintiff’s mark; and, second, whether a domain name always assumes the features of a trade mark.

Despite the cases relied by the plaintiff, the court declared that the mark is generic and commonly descriptive, relying on Indchemie case and that the evidence must be of uninterrupted use of considerable longevity without a competitor attempting to use it[3], hence favoring the defendants.

In respect of the domain name, the court considered shaadi.com as a whole and noticed that the real difficulty is shaadi.com as an address. It acknowledged as an internet equivalent of a physical or terrestrial address. It is technically, a mnemonic, replacing a complex string of numbers that represent the actual Internet Protocol address, something like http://115.112.2.29.[4]

Disagreeing with the judgment on yahoo Inc. v. akash arora & anr[5], the court stated that the domain name is primarily an address, which may, in addition enjoy protection as a mark. Such as, a domain name ‘Xerox’ or ‘Kodak’, enjoys the full protection because these are fanciful words and their use as a domain name does not erode their trade mark status. However, this was reversed in this case.

Justice Patel stated “If courts allow monopolies of this nature, then we should expect, and sooner rather than later, exclusivity claims over words like grocery, secretary, and investment and so on because some persons have set up domain names using those words,”

This shows that every domain main does not receive the full protection of a trademark status unless it’s arbitrary or fanciful or has a secondary meaning. It clearly shows that being registered under trademark, need not be infringed, protecting under sections 30(2)(a) and 35 of the Trade Marks Act 1999. Lastly,  I wish a happy ending to secondshaadi.com.

[4] That, as it happens, is the IP address of shaadi.com, the website. 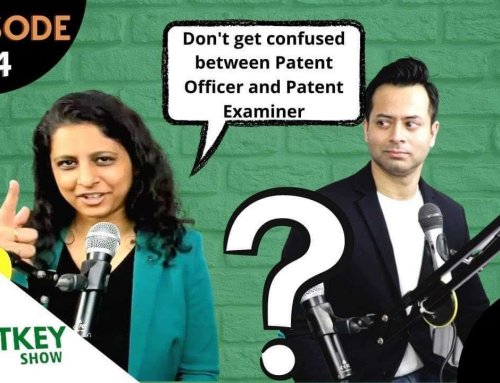