The Russian intellectual property industry is on the verge of a new scandal. Following the recent arrest of Sergey Fedotov, head of the Russian Authors’ Society (RAS), Russia’s leading public association for the protection of intellectual property rights, on the charge of multi-million ruble thefts, the Russian police has announced the initiation of criminal proceedings against Maxim Ryabyko, head of the Russian Association for the Protection of Copyright on the Internet (RAPCI).

RAPCI currently specialises in the protection of the rights of copyright holders on the internet, and in particular provides legal support to authors and companies that have suffered from piracy and other violations of IP rights.In the meantime, according to analysts at RAPCI, the ongoing attacks on leading Russian associations specialising in the protection of intellectual property in the country are organised by people affiliated with pirates as well as some officials who have supported their interests, as their profits from the sales and distribution of illegal content in Russia has significantly declined in recent years. This came about also due to the latest initiatives aimed at fighting piracy, designed by the experts at RAPCI and RAS and which were later approved by the Russian government. The situation with the protection of IP rights in Russia has always been one of the world’s worst. The annual profits of pirates from the illegal use of intellectual property in Russia, according to official data of the Russian Ministry of Internal Affairs, reached US$400 million in 2015. Still, the situation has significantly improved in recent years, mainly due to the beginning of state reforms in the Russian IP industry and tightening of national legislation in the field of copyright protection. According to Vladislav Vorotnikov, a senior expert of the Department of Financial Control of the Russian Ministry of Finance and one of Russia’s leading analysts in the field of copyright protection, Maxim Ryabyko is known as one of the major fighter of pirates in the internet in Russia. So the beginning of criminal proceedings against him and the latest attacks on RAO could be a response of pirates and criminals to the ongoing fight against them in Russia, he said.

In Moscow, police detained the head of the Association for the protection of copyright in the Internet Maxim Ryabyko on suspicion in extortion of 50 million rubles from the owner of the online store. It is reported TASS with reference to the official representative of the Ministry of internal Affairs of Russia Irina the Wolf and the source in law enforcement bodies. Ryabyko and another man was detained by employees of the main Department of own safety of the MIA of Russia in a cafe in downtown Moscow caught red-handed receiving part of this sum — 5 million rubles. According to Wolf, against the founder of one of the online stores had previously been prosecuted for illegal sales of electronic products. “Using this information and acting as intermediaries or representatives of the victim organization, attackers began to extort the founder of the 50 million rubles as compensation to the aggrieved party,” said Wolf. However, she added that the attackers obtained money was going to dispose of at their discretion. Earlier he Ryabyko denied his detention. “I don’t know where I went to my detention, I myself for the first time today heard about it, I’m all right,” said he to the Agency RIAMA. Maxim Ryabyko was not detained, said the Agency RNS in the press service of AZAPI. In late June, the Tagansky court of Moscow sent under arrest until August 17 the head of the Russian authors ‘ society Sergey Fedotov. Fedotov was suspected of committing a crime under part 4 of article 159 of the Russian Criminal code

Particular concerns of pirates, (many of which, according to the Russian Federal Security Service, are affiliated with corrupt officials in the Russian state bodies and law enforcement agencies), are related with the latest initiatives in the field of copyright protection, which have been put forward by RAPCI and were supported by the RAO. One such initiative involves the introduction of a mandatory requirement for the owners of websites in Russia to register them within the territory of the country as legal entities with further linking internet addresses to them. As part of the plan is the inclusion of these websites in the state registry of legal entities. Websites not included in the register will be banned for the placement of advertising. According to experts, implementation of this initiative, which is expected to come into force next month, will prevent further moneymaking on advertising not only on web resources for piracy, but all foreign websites. For the pirate websites advertising is the main source of income, while pirate websites are never registered as Russian legal entities, due to issues of anonymity and the opportunity to start criminal proceedings in accordance with the Russian Criminal Code. According to estimates of the Russian Ministry of Internal Affairs, the average profit margin of pirate resources in Russia are estimated 95 percent, since they do not need to spend money on the purchase of legal content. It is expected by RAO analysts that the arrest of Fedotov and criminal proceedings against Ryabyko may discredit the activities of both associations and may result in the suspension of implementation of their initiatives, especially those that are aimed at fighting piracy in Russia.

KEYWORDS: IP rights, Russian Association for the Protection of Copyright on the Internet (RAPCI), copyright, piracy.

What Is Intellectual Property? Defining IP Rights and Protections 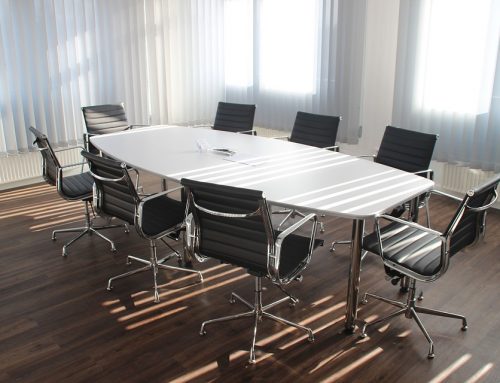